Reddit is growing its role in the Ethereum ecosystem, with the goal of building out scaling tools for the blockchain network.

The social media platform announced Wednesday it was expanding its work with the Ethereum Foundation to provide development resources to scaling tools. In the announcement, posted to the Ethereum subreddit, Reddit employee u/jarins said the move increases its commitment to the technology, and echoes its long-held “decentralized ethos.”

“In this new stage of our partnership, immediate efforts will be focused on bringing Ethereum to Reddit-scale production,” the announcement said. “Our intention is to help accelerate the progress being made on scaling and develop the technology needed to launch large-scale applications like Community Points on Ethereum.”

This partnership could result in Reddit working on layer 2 scaling tools or pushing projects from a prototype stage to production.

Reddit development resources, including a developer team, would be involved in this work. Ultimately, the idea is a project like Reddit’s Community Points feature could be capable of supporting the site’s millions of users (Reddit has over 50 million daily users as of press time, according to Wednesday’s announcement).

“Our blockchain efforts will be led by Reddit’s Crypto team,” the announcement said, adding the company currently has job openings for backend engineers. 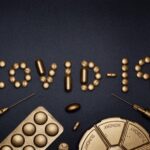