Wattpad has been acquired by the Naver, the South Korean Internet Conglomerate which is also home to the digital comics platform Webtoon.

The Board of Directors of Wattpad announced today that it unanimously approved a definitive agreement to be acquired by Naver. Naver is expected to acquire the storytelling platform in a cash and stock transaction valued at more than an estimated USD $600 million, subject to customary adjustments and other terms.

The acquisition will allow Wattpad to continue to accelerate its international growth and success. Wattpad will remain headquartered in Canada under the continued leadership of founders Allen Lau and Ivan Yuen.

Naver is known for its robust portfolio of search, e-commerce, communications, social networking and its many other content entertainment services and brands including the aforementioned Webtoon as well as Smart Stores, N Pay, Line, Band, V Live, and Snow, among others.

“Co-founders Allen Lau and Ivan Yuen, and the entire team at Wattpad, have created something special, and we are grateful to have Allen and Ivan continue to lead this fantastic company for us post-acquisition,” said Seong-Sook Han, CEO of Naver. “Wattpad’s vision to entertain and connect the world through stories fits perfectly with our vision for Webtoon and Naver’s content brand. We’re thrilled to have them join the Naver family.”

“When we started Wattpad in 2006, we understood that technology would democratize storytelling and that stories are the atomic unit of every type of entertainment,” said Lau, CEO & co-founder, Wattpad. “In 2021, when every form of entertainment is being transformed, we’ve built a platform that can fuel hits on screen and bookshelves, empowering and rewarding a new generation of diverse creators all over the world.”

Lau added, “Today’s news is about continuing Wattpad’s journey and taking our business to the next level. We’re thrilled about the prospect of joining the amazing teams at Naver and Webtoon to continue our growth, help more writers make money, and bring new voices to screens and bookstores everywhere.”

Wattpad joins Webtoon as part of Naver’s portfolio — and its in very good company. Webtoon is leading digital comics publisher with an average of 72+ million monthly active users. In November, Webtoon announced the launch of Webtoon Studios which has worked with The Jim Henson Company, Crunchyroll, and Vertigo Entertainment.

Wattpad’s global community reached 90 million people in 2020 — including more than five million writers — who spend over 23 billion minutes a month engaged in original stories ranging from science fiction, to romance, fantasy, horror, and everything in between.

To date, approximately 1,500 Wattpad stories have been published as books, or adapted for TV and film. Wattpad launched Wattpad Books in 2019. The company recently partnered with Collective Pictures to develop Float based on the story written by Kate Marchant on the Wattpad social storytelling platform. Robbie Amell (Upload) is set to star. Other Wattpad stories that were adapted into features include After and The Kissing Booth. Wattpad launched Wattpad Books, bringing diverse new voices to bookshelves everywhere.

In addition, Wattpad Studios has established entertainment partnerships with TV and film studios all over the world, developing TV shows and films across five continents, with companies like Bavaria Fiction (Germany), Mediawan (France), Wise Entertainment (Brazil), CBC (Canada), Picturestart (U.S.), MediaCorp (Singapore), and many others.

The acquisition is expected to close in Q2 2021, subject to regulatory approvals and other customary closing conditions. 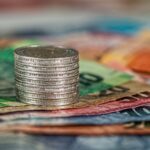