In January, information about the government’s plan to ban cryptocurrencies trickled into the public space, causing general unease in India’s cryptocurrency circles.

Now it seems the government is pushing through the proposed ban of cryptocurrencies, with the bill soon to be deliberated in the legislative house.

India’s government has always had a high level of distrust for Bitcoin and cryptocurrencies in general. In 2018, the Reserve Bank banned financial institutions from carrying out and aiding cryptocurrency transactions.

Immediately, cryptocurrency exchanges sought relief by instituting an action in court against the Reserve Bank. Against all odds, they triumphed and the Supreme Court of India overturned the decision in favor of the exchanges.

Now, India’s government is proposing The Cryptocurrency and Regulation of Official Digital Currency Bill, 2021, which seeks to “create a facilitative framework for an official digital currency issued by the RBI” and “prohibit all private cryptocurrencies in India.”

The bill will criminalize the sale, mining, trade, and holding of all cryptocurrencies and see the Reserve Bank of India issue a National Digital Currency.

Several Indian politicians have referred to Bitcoin as a “Ponzi scheme” and a bubble. However, Nirmala Sitharaman, the Minister of Finance, has allayed investors’ fears by proposing a six-month transition period for investors to liquidate their holdings.

The Effects Of The Ban, Immediate Or Too Soon To Tell?

Since knowledge of the ban became mainstream, critics have weighed in heavily on the issue. Balaji Srinivasan, a Silicon Valley executive, noted that India will be making a trillion-dollar mistake by banning cryptocurrencies. He said India may “send its brightest overseas” by regulating cryptocurrencies too harshly.

If India implements the proposed outright ban, major players in its cryptocurrency circles may be forced to immediately consider nearby South Asian markets.

Since the announcement of the proposed ban, the volume of trade in cryptocurrencies has soared. About 8 million investors currently hold about $1.77 billion in cryptocurrencies. ZebPay, Unocoin, and Bitbns have all experienced major spikes in their daily volumes traded and the number of new registrations on their sites. 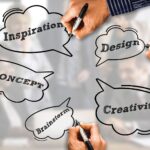